The US dollar remained weak amid a liquidity thinned last week. The weaker Greenback signals the risk-on bias in the market and despite COVID accelerating across key economies, positive vaccine news has underpinned bullish momentum.

The appears to be heading toward a test of 1.20 and traders now wonder whether the 1.20-handle could be the limit.
Bearing in mind that the euro’s rise results from investor’s shift out of the safe-haven USD into more risky assets such as the euro, the current uptrend is on shaky ground.

Furthermore, the European Central Bank does not want to see the pair above that level for fear a strong currency would damage the Eurozone’s economic recovery. Before the ECB could attempt to talk down the euro on their meeting next week, a consolidation is more likely than a break of 1.20. 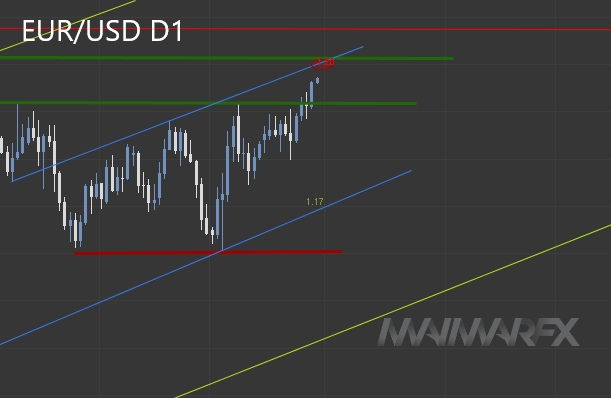 Meanwhile, Brexit negotiations drove the lower against the euro while managed to remain above 1.33. Yet another week passed with the U.K. and European Union failing to find a common ground. The chances for the U.K. leaving without a deal appear to be rising, with time quickly running out. A disorderly Brexit could end up inflicting more lasting damage than the pandemic according to economists.

Key events coming up this week

The US  on Friday is expected to show more Americans headed back to work in November, though at a slower pace than last month.

Disclaimer: Fusion Media would like to remind you that the data contained in this website is not necessarily real-time nor accurate. All CFDs (stocks, indexes, futures) and Forex prices are not provided by exchanges but rather by market makers, and so prices may not be accurate and may differ from the actual market price, meaning prices are indicative and not appropriate for trading purposes. Therefore Fusion Media doesn`t bear any responsibility for any trading losses you might incur as a result of using this data.

Fusion Media or anyone involved with Fusion Media will not accept any liability for loss or damage as a result of reliance on the information including data, quotes, charts and buy/sell signals contained within this website. Please be fully informed regarding the risks and costs associated with trading the financial markets, it is one of the riskiest investment forms possible.