There are 185 different currencies on planet earth, and the is the most powerful of all currencies—the world’s reserve currency. 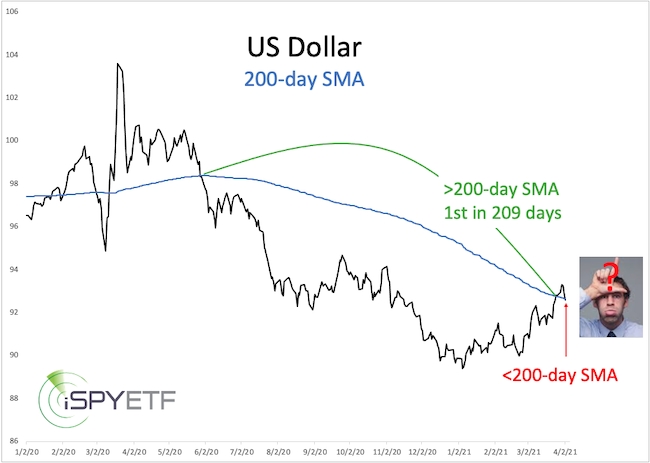 What does this seesaw across the 200-day SMA mean for the dollar? Does it affect other assets, like gold and stocks, and how?

There are many opinions on this topic. What you’ll read here are simply the facts, and the facts reveal one (small sample) common denominator and one interesting and consistent ripple effect.

The chart below plots the US dollar against the percentage difference between the US dollar and its 200-day simple moving average (SMA). The lower graph only shows positive values to filter out some noise. 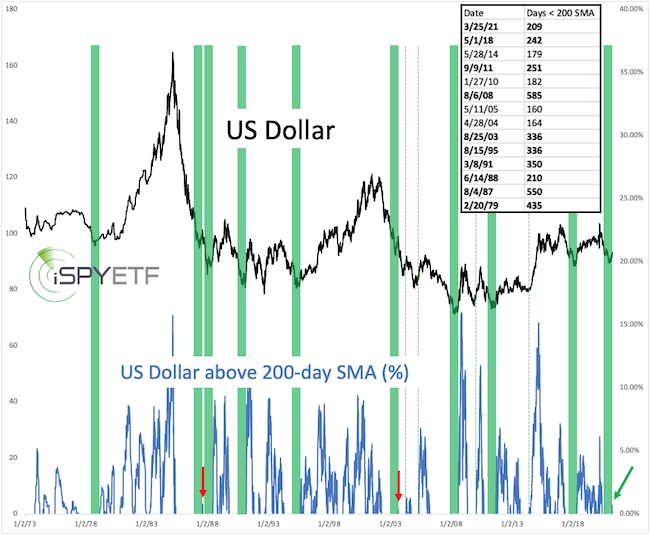 The next chart shows US dollar forward returns after the signal date. 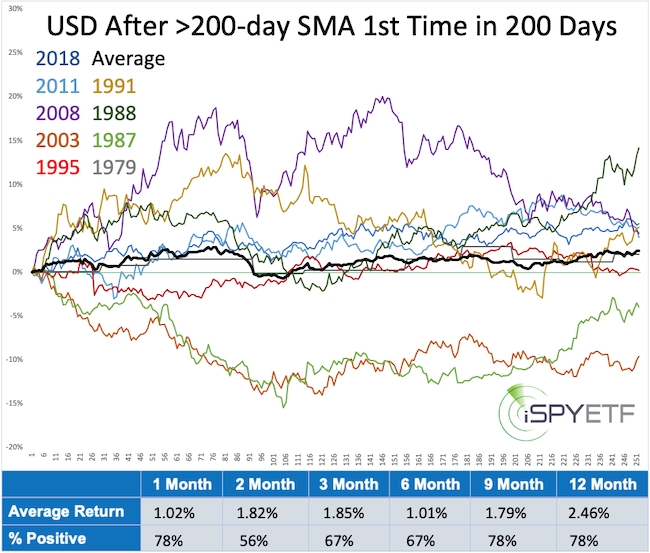 Returns were positive 7 of 9 times with 2 outright failures (1987 and 2003). The performance tracker at the bottom of the chart shows the average return after 1, 2, 3, 6, 9, and 12 months along with the percentage of positive returns.

In 1987 and 2003, when the US dollar fell back below the 200-day SMA (see second chart, red arrows), it persistently continued to drift lower.

ETFs linked to the US dollar include the Invesco DB US Dollar Index Bullish Fund (NYSE:). One way to bet against the dollar is buying the via the Invesco CurrencyShares® Euro Currency Trust (NYSE:).

The next chart plots the performance of the US dollar against the and . Here are two things to keep in mind: 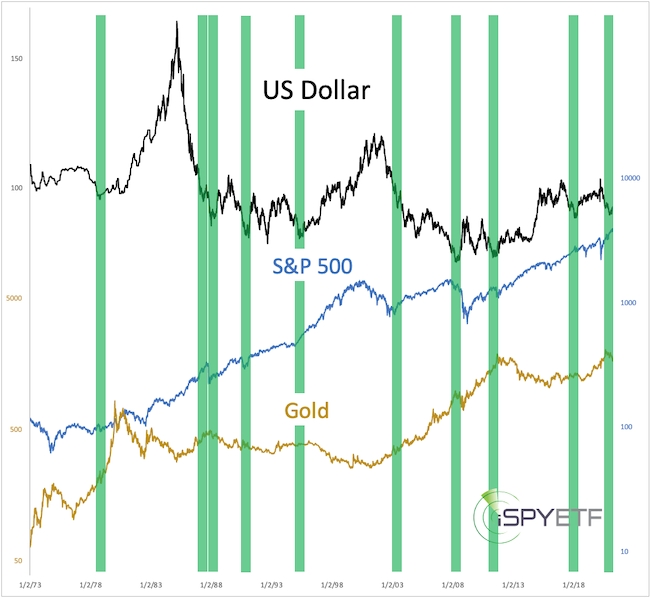 1. The chart captures 50 years of price action
2. The right side of the green bars marks the US dollar signal dates discussed above

As the performance tracker below shows, S&P 500 returns after the signal date were overall positive.

Gold’s performance for the first 1-3 month following the signal date was dismal. Longer-term performance (6-12 months) was still weak, but in 1979 gold soared as much as 238%

In general, the US dollar signal was positive for the S&P 500 and negative for gold although the failure dates of 1987 and 2003 had no consistent affect an either stocks or gold.

Based on this historic analysis, selling gold rallies and buying S&P 500 pullbacks have the best odds of positive returns.

Why The U.S. Dollar Will Not Keep Rising

Why The U.S. Dollar Will Not Keep Rising

Historic U.S. Dollar Signal’s Affects On Gold And The S&P 500

Nonfarm Payrolls And Biden Infrastructure Spend Will Be Closely Watched